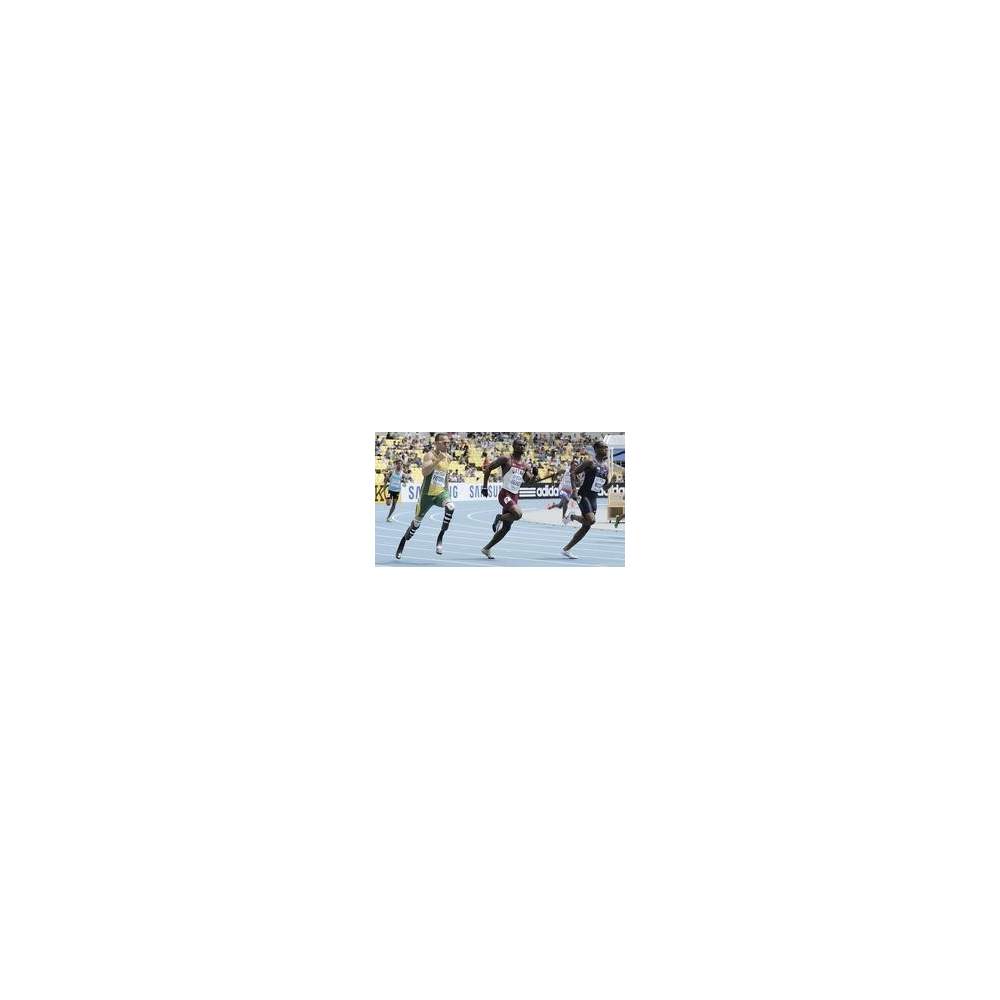 Pistorius is lawful to participate in the Olympics

The history ofOscar Pistoriusis one of the most emotive of recent times as far as improvement is concerned. That's for sure. That a little boy who at age one was left without her two legs will compete, at 26, in the Olympics, is captivating. Even shocking.

But from the first time raised the possibility that, for more than five years, doubts about whether it is fair participation have continued to grow. Beyond the emotional, to what extent it is permissible for an athlete with prosthetics to competewith other athletes with normal legs? Is part an advantage over them? Or on the other hand is a disadvantage?

Since March 2007 the International Athletics Federation (IAAF) banned the use of "any technical device that incorporates springs, wheels or any other element that provides the weareradvantageover other athletes not using such a device ", Oscar Pistorius has tried to prove that his prosthetics did not offer any advantage over the other runners.

Several studies have been carried out, peror most results have gone against the African, as shown in theMarti great product Perarnau. An early report showed that the prosthesis allow consume 25% less oxygen than other athletes, besides thatability to rebound is 90 percent compared with 60%of a human leg and, as a result of this and have less muscle mass, isless lactic acid accumulates-Which means that, as they move the feet, athletes are losing speed.

Around the same time, early 2007, also found that, conversely, in the first parte of the race (up to 150 m approximately) Pistorius showed a significant disadvantage. In large part due to greater complexity when placed in the starting block, as well as to lower the starting gun reaction, which causes theonset and slower accelerationthat in a non-disabled athletes.

After several disagreements between the IAAF and the TAS on whether to participate or not in the Beijing Games, with positive final resolution, though Pistorius fails to qualify the minimum mark-is again conducting new studies determined that the athlete obtains certain advantages -talking about up to 10 seconds per 400 meters- For non-disabled athletes.

These new studies affect thesuppleness and elasticitythe prosthesesIn a weight below the knees of less than half of the legs of a runner, that the impact on the ground is 20% lower, and the repositioning of his legs is 15.7% faster that of the last six 100-meter world record holders.

Now, after the Court of Arbitration for Sport will not listen to the IAAF and gave the green light to enter the Olympics, Pistorius has achieved the mark needed to qualify and, therefore, will be at the event in London. "It's one of the happiest days of my life," said South African, who is also a serious contender for a medal with the 4x400 team of his country, a test that will compete with the 400 individually.

If so, the complaints will not stop blooming onceall studies have determined that the athlete has an advantageover its competitors, however beautiful the story of personal undertaken. Also, another question arises that looks beyond the short term. What if he did prostheses similar to today but, instead of the ten current permit save 20 seconds by 400 meters? The possibility is more than close ...